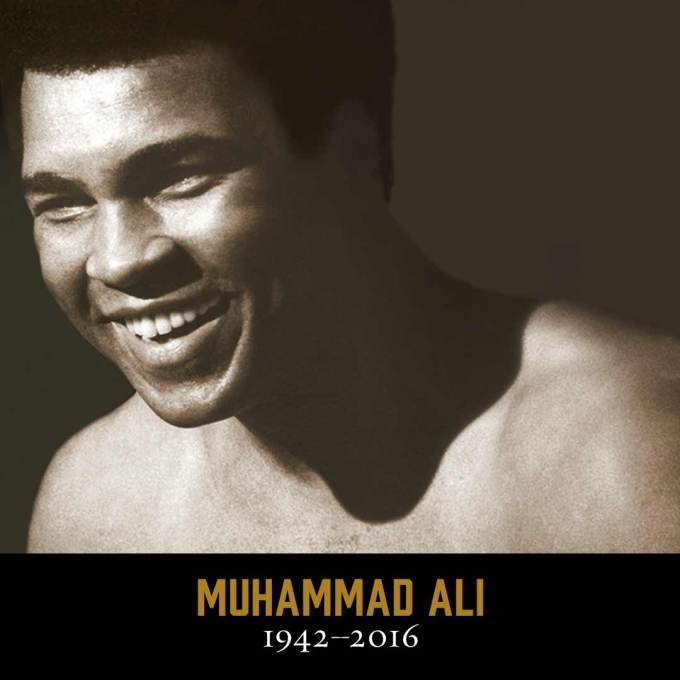 He was a boxer, but he was so much more than that! He was born Cassius Clay in Louisville KY, but converted to Islam and changed his name to Muhammad Ali. In Pakistan, when I was growing up, in the 60’s (after he’d won the Gold medal in the Olympics,) we were HUGE fans of his. Even our mothers and grandmothers followed him and cheered him on in “The Thrilla in Manila” and the “Rumble in the Jungle.”

He had razor sharp wit, he was a poet, he was a Pacifist and a Humanist.

Some of his best quotes are:

“Float like a butterfly, sting like a bee. The hands can’t hit what the eyes can’t see.”

“I wrestled with an alligator, I tussled with a whale, I handcuffed lightning, thrown thunder in jail, I’m bad man….Last week I murdered a rock, injured a stone, hospitalized a brick. I’m so mean I make medicine sick,”

“It will be a killer and a chiller and a thriller when I get the gorilla in Manila.”

“Live every day like it’s your last because someday you’re going to be right.”
“Impossible is just a big word thrown around by small men who find it easier to live in the world they’ve been given than to explore the power they have to change it. Impossible is not a fact. It’s an opinion. Impossible is not a declaration. It’s a dare. Impossible is potential. Impossible is temporary. Impossible is nothing.”
“The man who views the world at 50 the same as he did at 20 has wasted 30 years of his life.”
Most likely, he got Parkinson’s disease as a result of the rabbit punches to his head while boxing. He battled it for 32 years and last night, at age 74 he succumbed to it.

We loved you Muhammad Ali. You were The Greatest!