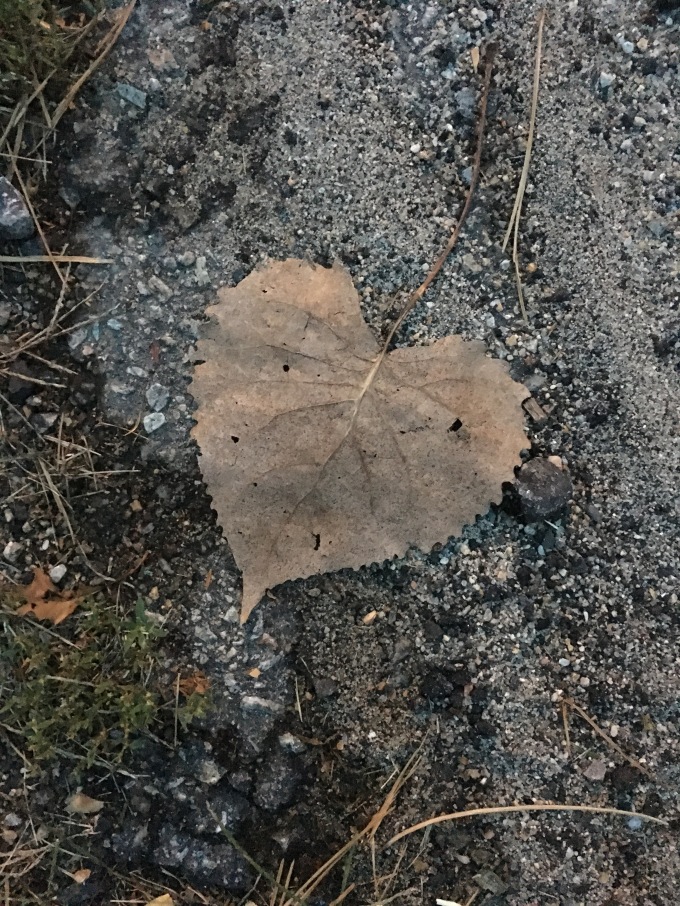 http://blogs.scientificamerican.com/beautiful-minds/how-to-be-an-optimal-human/#What does it take to be an optimal human being?
Throughout history there has been much speculation. For Aristotle, the highest human good was eudaimonia. For Carl Rogers, it was the “fully functioning person”. For Abraham Maslow, it was “self-actualization”. For Erik Erickson, it was wisdom and integrity. For Erich Fromm, it was about having a “being” orientation (in which you value personal growth and love) instead of a “doing” orientation ( in which you value material possessions and status).

But are these theories right? Over the past 30 years or so, a number of contemporary psychologists have experimentally tested various aspects of these theories, and we are starting to get a clearer picture of those who seem to be well-integrated, thriving human beings.* Here I will offer some science-informed prescriptions, in the hopes that it helps you in your own journey toward greater health, growth, and happiness.

1. Strive to balance your basic needs

It turns out that Abraham Maslow was pretty spot on with his proposed list of basic needs (although he did miss a few). A large number of studies have confirmed that humans across cultures have a need for autonomy, competence, relatedness, security, and self-esteem.

The key prescription here is to strive to balance these basic needs. Without balance, it will be difficult to achieve optimal functioning. For instance, think of the workaholic who is high in autonomy, security, competence, and self-esteem, but has very little social connection with others. Despite high achievement, this person will most likely be prone to feelings of alienation, sadness, and loneliness. As Sheldon notes, “obtaining much need satisfaction may be a shorthand route to optimal human being.”

On the path toward optimal functioning, you will want to set and pursue goals as effectively as possible. It’s important that you feel as though your self is constantly in steady forward motion.

But here’s the thing: this alone will not suffice. Mindlessly setting and efficiently achieving goals will not, by itself, make you happy, healthy, or fulfilled (see here). It’s important that the goals that you set have high “self-concordance”. People with high self-concordant goals have identified goals that are consistent with their identity, basic needs, personality, and talents.

In one study, pursuing goals for self-concordant reasons (because one enjoys and fully identifies with the goals) predicted greater need satisfaction and well-being than pursuing goals for non-concordant reasons (because of environmental pressures and/or internal compulsions). Therefore, for optimal functioning, behavior must be both effective and consistent with inherent basic needs and growth tendencies.

You can imagine a situation in which a highly smart and capable person is forced to go into a field (e.g., medicine) by his parents, but he doesn’t get a sense of autonomy because of the long work hours, and misses his friends. So this isn’t the optimal condition for him in his life. Or consider the person who has the clear talent for something as a child (e.g., playing violin), but never really enjoys what she is doing and never really views it as part of her identity. This, too, will not lead to optimal health, growth, and happiness.

Which is why it’s very important to…

What kind of goals are more likely to lead to optimal functioning? The research suggests that Fromm was right. Setting extrinsic goals (such as money, beauty and status) tend to make you less happy, whereas attaining intrinsic goals (such as intimacy, community, and personal growth) tend to lead to enhanced well-being. It’s also important to choose social roles that best fit your unique personality.

Often we have multiple goals, however. Which is why we should…

Many of the great humanistic psychologists, such as Rogers and Maslow (but also William James and Carl Jung), frequently talked about the importance of achieving personality integration. The latest psychology of goals confirms these seminal thinkers were right.

In one study, Ken Sheldon and Tim Kasser measured personality integration by seeing how much people’s goals were congruent with each other and with basic needs, and how much the goals were chosen freely and were expressive of intrinsic values such as as growth, intimacy, and community. They found that the extent to which people’s goals were integrated, the more they felt as though their strivings originated from their own interests and choices, and the more they felt engaged in meaningful activities such as helping others or pondering the future. Integrated people also reported higher levels of self-esteem, openness to new experiences, vitality, satisfaction with life, self-actualization, positive moods, and fewer negative moods. Integrated people also felt more positive about their different life roles and felt all of these roles were in harmony with one another.

Clearly, having an integrated personality brings with it a whole nexus of positive, adaptive outcomes. However, sometimes you (or others) might keep getting in the way of adaptive integration. Which is why you often will want to…

5. Work toward modifying problematic aspects of yourself or your world

There’s a lot of advice out there to just “be yourself”, or be “true to yourself”. But this advice is really quite misguided. Not all of our potentialities will help us make progress toward our self-concordant goals. Some aspects of our personality, like anxiety or disagreeableness, can downright get in the way of making progress toward becoming an optimal human. So the advice here is to not mindlessly accommodate your entire nature, but work on bringing out the character strengths and virtues that will best help you achieve your self-concordant goals. This may require learning self-regulation strategies (see here, here, and here) and learning more about your character strengths (you can find out your top character strengths here).

To be clear: Even though your personality is influenced by your genes, this does not mean that personality change isn’t possible. In this review, the researchers make a good case that substantial changes in personality and happiness are indeed possible through changes in activities and behaviors. Such changes that can cause substantial changes in personality and happiness include setting and pursuing self-concordant goals, adopting positive strategies for coping with stress, adopting positive mindsets and attitudes, and adopting behaviors specifically known to increase happiness.

Sometimes you don’t just want to work on modifying your personality, however. Sometimes you also want to modify your culture. As Sheldon notes, “be prepared to go against the cultural grain when necessary.” Sometimes being an iconoclast may be beneficial to optimal functioning. Some of the most important revolutionaries derived great meaning (but not necessarily happiness) by rebelling against the status quo of their culture (see here, here, here, and here).

Ultimately though, you need to own yourself and your decisions. Why is why it’s important to…

6. Take responsibility for your goals and choices

A common theme of the great existential philosophers, such as Jean-Paul Sartre, is that we must take responsibility for our choices. Similarly, Sheldon argues that optimal humans take an “intentional attitude” toward life, by consciously aligning their sense of self with their life choices. Sheldon argues for the importance of taking ownership of your self-concordant goals, as only you can truly alter yourself and your life, and follow-through on your initiatives with good faith.

After making a decision about which goal you wish to adopt, embrace the goal with all of your being, and consciously align your identity with the goal (it’s the difference between “I like writing science fiction” and “I am a science fiction writer”).

However, this doesn’t mean you must be rigid in maintaining your self-concordant goals at all costs. Sometimes we take ownership over goals that end up working against our ever evolving identity, personality, talents, and basic needs. Which leads us to #7…

7. Listen to your “organismic valuing process” and be prepared to change your goals if it seems necessary

Central to Carl Rogers’ notion of the fully functioning person was getting in touch with your “organismic valuing process” (OVP). According to Rogers, the path toward becoming a fully functioning person requires developing increasing trust in your own ability to know what is important to you, and what is essential for you to live a more fulfilling life. Rogers believed that the OVP evolved to help us evaluate our experiences and actions and to determine whether they are leading us toward self-actualization. As Sheldon notes, all of us have experienced that “nagging sense that something isn’t right”. Optimal humans listen to that nagging.

Research suggests that Rogers was right. Sheldon and colleagues assessed changes in people’s goals and values over time. They found that people tend to move toward intrinsic goals (e.g., emotional intimacy, personal growth, societal contribution) and/or away from extrinsic goals (e.g., material possessions, physical attractiveness, social popularity) over an extended period of time. They also found that decisions regarding extrinsic goals took longer, suggesting that the OVP causes people to pay particular attention when growth-relevant decisions have to be made. The researchers conclude: “People really do have some idea about what kind of goals are most likely to be beneficial for their subjective well-being, presumably because they possess an OVP.”

Bottom line: trust yourself to abandon a goal if it is no longer appropriate for your growth. Constantly consult your OVP when making choices about which goals to adopt. You, and you alone, have the power to revise your goals as a result of new information. When the self-concordant goals you’ve adopted become inappropriate to your evolving self, personality, or basic needs, make a change.

It should be noted that Rogers believed that the OVP doesn’t only motivate self-enhancement but can also motivate more prosocial motivations, given supportive conditions. In support of this idea, research has indeed found that a strong intrinsic goal pursuit is associated with prosocial behavors such as helping others in our everyday lives.

In Man’s Search for Meaning, Viktor Frankl notes that
“Being human always points, and is directed, to something or someone, other than oneself–be it a meaning to fulfill or another human being to encounter. The more one forgets himself–by giving himself to a cause to serve or another person to love–the more human he is and the more he actualizes himself. What is called self-actualization is not an attainable aim at all, for the simple reason that the more one would strive for it, the more he would miss it. In other words, self-actualization is possible only as a side-effect of self-transcendence.”

Sheldon suggests that becoming an optimal human can be facilitated by striving toward higher-level goals that allow you to serve something beyond yourself. In addition to personality integration, try integrating yourself into the larger social systems in which you are embedded. Don’t just search for things that are useful to you, but be useful to others.

What do you get when these are all aligned?

This is by no means an exhaustive list of suggestions for how to be an optimal human being, but it’s a good start. In sum:

Try to balance your basic needs for autonomy, competence, relatedness, security, and self-esteem.

Choose a goal that is in line with these needs, as well as your deepest self and talents, and that helps the larger community or world.

Learn self-regulatory strategies and cultivate your character strengths to make efficient progress toward your goals.

Constantly listen to your organismic valuing process, and modify your goals and personality as necessary.

Work toward all of this, and you will be well on your way to becoming the person you are capable of becoming.