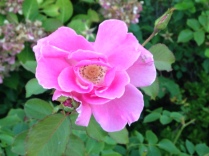 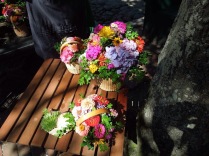 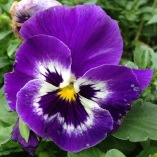 I have horrible seasonal allergies, I have food sensitivities, I have manic depression, aka bipolar disorder. My grandmother had rheumatoid arthritis, my mother had RA and elements of lupus. My brother had bad seasonal allergies. A case study in inflammation, immune and autoimmune responses and mental illnesses in the same individuals!  And here is yet another link between inflammation and mental illness! Hay fever sufferers may be much more likely to develop depression. Hay fever peaks during spring, the rates of suicide also peak in Springtime all over the world. There may be a simple cure for allergies, as simple as Ibuprofen, a non steroidal anti inflammatory (NSAID). Hope scientists     figure out the link between inflammation and mental illness, it could save many, many lives.

Could a runny nose make you depressed? Hay fever sufferers may be four times more likely to develop the mental illness.

Hay fever sufferers may be four times more likely to develop severe depression, according to new research. But it’s not just a runny nose and itchy eyes that triggers mood slumps.

Scientists think inflammation in blood vessels and tissues throughout the body caused by an allergic reaction to pollen has a long-lasting harmful effect on the brain.

This inflammatory response – the cause of typical allergy symptoms, such as sneezing – is the body’s way of trying to get rid of an allergy trigger, such as pollen. But there is a growing body of evidence that sustained exposure to low-level inflammation for several months, such as during the hay fever season, could have serious psychiatric effects later in life. However, treatment such as simple ibuprofen could help.

Around ten million people a year in Britain suffer during the hay fever season, which peaks during the late spring and summer. Researchers are investigating whether inflammation can trigger depression, bipolar disorder and schizophrenia.

In the latest study, scientists at the National Yang-Ming University of Taiwan looked at nearly 10,000 teenagers with hay fever and 30,000 without it.

They monitored both groups for almost a decade and recorded how many went on to be diagnosed with bipolar disorder – a condition characterised by periods of mania (when people appear over-excited and have an inability to concentrate or sleep) followed by deep depression. The results, in the Journal of Psychosomatic Research, showed that adolescents with hay fever were four times more likely to be diagnosed as bipolar as adults.

An earlier Danish study, in 2010, discovered people with allergies such as hay fever had a 30 per cent higher risk of suicide than those who were allergy-free.

Researchers from Aarhus University came up with the findings after comparing allergy rates among suicide victims with those of a group of healthy people.

But how could something as innocuous as a runny nose be linked to mental illness?

Scientists are not completely sure, but it’s already known that during any allergic reaction, the brain churns out substances called pro-inflammatory cytokines.

These are proteins that then trigger inflammation and the release of chemicals in the blood in a bid to flush out foreign ‘invaders’, such as pollen. Inflammation develops in order to alert the immune system that the body is under attack. Normally, it subsides once the threat has been eliminated and the inflamed tissue heals. But problems develop when the inflammation does not dampen down.

More recent research also suggests cytokines can cause a dip in the brain’s levels of serotonin, the so-called happiness chemical, low levels of which can lead to depression.

This could be a vital clue to why allergy-induced inflammation leads to psychiatric illness.

Now, researchers are investigating whether anti-inflammatory drugs, such as ibuprofen, could treat depression.

Earlier this year, King’s College London began the largest ever investigation into inflammation in depressed patients by scanning their brains.

In the past, inflammatory markers have been found in the blood of depressed patients, but this does not prove that inflammation is also present in the brain, which is what is thought could cause depressive symptoms.

The scientists will now test if anti-inflammatory drugs can help patients who have not responded to antidepressants by improving levels of serotonin.

Dr Valeria Mondelli, one of the researchers, said that because inflammation is a natural response, up to a certain level it can protect the brain against infection. ‘But if it is chronic, then it appears to start to damage brain cells,’ she says.

Here’s a link to a video that talks about Immunotherapy to treat allergies: http://www.dailymail.co.uk/health/article-3321143/Could-runny-nose-make-depressed-Hay-fever-sufferers-four-times-likely-develop-mental-illness.html#v-3789507278001

2 thoughts on “Another link between inflammation and mental illness! “Could a runny nose make you depressed? Hay fever sufferers may be four times more likely to develop the mental illness.””